The “Limes” is a border wall built by the Romans between the 1st and 4th century, which stretched across Europe and into North Africa. This UNESCO World Cultural Heritage Site is well preserved at the Saalburg in Bad Homburg, the headquarters of the LimesGroup®. On the one hand, it served as a defensive structure, and on the other hand, with its adjoining forts and the soldiers stationed there, it formed centres of trade in the respective regions.

In addition to defence, the Limes also served to channel the daily flow of goods, passenger traffic and the communication between the individual regions through which the Limes passed. The Limes’ defence towers also provided a far-reaching overview of the region and thus made it possible to recognise approaching changes in good time.
The LimesGroup therefore sees itself as a service provider that accompanies its clients at the boundaries of the physical enterprise, right up to the outside world on the worldwide Internet.

To this end, we have established three business areas, through which our team has been offering a wide range of services since 2009:
Hosting & WebDesign under the LimesTec brand, Photography & Text under the LimesMedia brand and Design & Print under the LimesWorks brand.

Due to the constantly changing challenges, the increasing influence of social media and the rapid development of technical fundamentals, there are high demands on a company if it wants to present itself and its brand in a target group-oriented manner.

We are a reliable partner with our know-how and technical resources at your disposal at all times.

"We not only listen to our customers, but also try to contribute
our experience and ideas to your project". 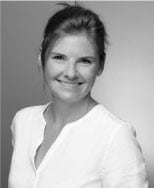 Nora Müller
Project Management
"Impossible does not exist, it is only a question of the approach
and the available budget to implement things tailor-made." 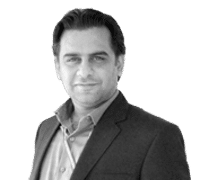 Junaid Akhtar
Head IT-Development and Webdesign
TRUST MUST BE EARNED

You can find our work in the print area as well as on the internet. Our customers include among others:

An overview of our references from the following areas
Web Design & Hosting, Photography & Text, as well as Design & Print are available on request.